Resident Evil Village: How to Get Luthier's Key for Maestro Collection Treasure 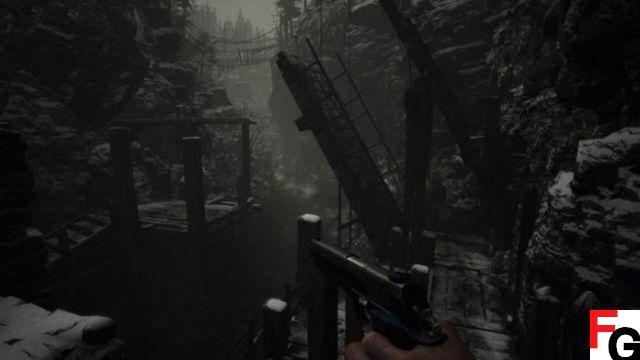 Where is Luthier's Key in Resident Evil Village?

Luthier's Key is located in the garden between the village and the Beneviento house. You can get there by heading north from the altar and following the linear path across the suspension bridge. Once you've crossed the bridge, there will be a path leading uphill to your right. At the top of this short path is a house containing Luthier's Key. The key is sitting on a table next to a typewriter, so it should be fairly easy to spot.

You can only get the key after beating the House Benevento section, so don't try to pick it up if you're there for the first time. Before leaving the house to return to the village, remember to check the well outside and see if you can remove an object using the well wheel.

With Luthier's key in hand, return to his house in the village. You will be able to unlock the violin door and make your way inside now. Inside you can grab a few items, but your main focus here is the Maestro Collection, locked in a chest of drawers that requires a combination code to open. A happy birthday drawing hanging on the wall tells us that the code is ‭27-09-17.


Once you enter the code, the chest of drawers will be unlocked and you will get the treasure from the Maestro collection. The treasure consists of a very valuable eagle statue called Steel Hraesvelgr, which you can sell to the Duke for a high price. You will also get a high capacity magazine for the F2 sniper rifle, increasing the maximum ammo capacity of the weapon by 5.

Resident Evil Village - How to Survive the Attack ❯

add a comment of Resident Evil Village: How to Get Luthier's Key for Maestro Collection Treasure