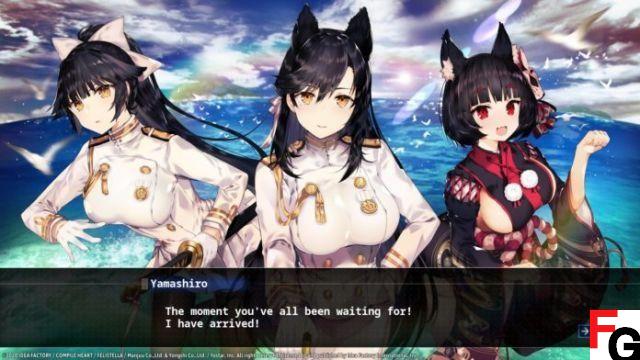 Azur Lane has seen a fairly rapid rise to the upper echelons of the Gacha game. It was once derided as a Chinese "clone" of Japan's exclusive Kantai collection. Now, less than a year after its official English release, Azur Lane is arguably bigger than the game it's accused of stealing. The learner is now the master - from adapting fearsome 20th century warships to the popular "sexy anime lesbian" form factor.

With phones and tablets under her belt, the ship girls of Azur Lane have set their sights on a new horizon: the choppy waters of PC and console gaming. Their first foray comes in the form of Azur Lane: Crosswave. 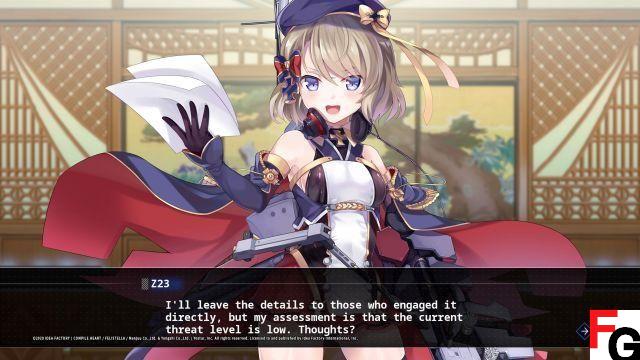 Azur Lane: Crosswave is part of a gaming industry tradition: taking a popular IP and adapting it into a 3D action game of some sort, much like what was done for Hyrule Warriors or Girls und Panzer: Dream Tank Match. In the base mobile game, Azur Lane, battles are fought via a turn-based strategy grid. Actual combat encounters are via 2D shoot'em up style scrolling encounters. Players maneuver their characters through enemy fire patterns and destroy hordes of enemy sprites.

Crosswave chooses to ditch the turn-based strategy aspects for something more like a visual novel that has a battle system. Players select combat encounters on a world map, then control a group of three "Kansen" – the in-game term for ship girl characters – on a 3D field, firing their weapons in all directions at enemies coming from all sides. Enemies range from normal-sized enemy ships to flying fighter jets to other Kansen themselves, and they set fire patterns that must be avoided. Each character has a class that corresponds to a type of warship hull. Battleship Kansen like Suruga moves slower, but carries powerful cannons that deal major damage to armored targets and other Kansen. Destroyer Kansen like Shimakaze and Laffey are fast and can dodge incoming fire, but they are fragile, and their spot guns are mostly good at dispatching planes, causing them to rely on volleys of slow-moving torpedoes to clear field. The Kansen aircraft carrier like Saratoga can launch its own aircraft to destroy other aircraft and bombard surface enemies. Each Kansen has a unique set of skills to do things like increase their damage output or reload speed. 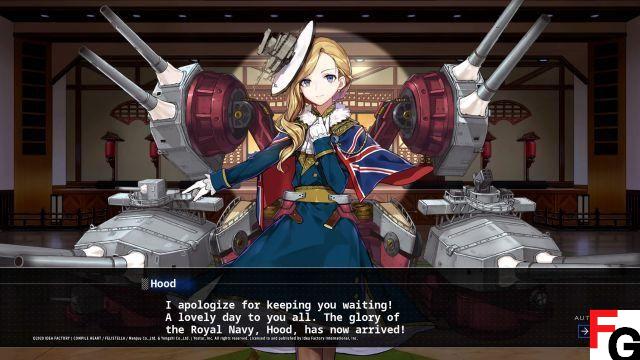 Between battles, players can change and upgrade their gear and upgrade their Kansen's skills, as well as unlock new playable characters. Through its use, Kansen can also increase his affection for the player, allowing him to be bound to an "oath" - read: married, with a ring - for additional stat bonuses. A handy photo mode allows players to capture the happy moment for posterity and/or social media influence.

Battles can get hectic and even thrilling, especially when there's a lot of fire on screen, or during the tougher "EX" missions, but they still feel short and restrictive. The playable space on each battle map is tiny, surrounded by invisible borders, and each battle is extremely short, preventing players from getting into that state of flux that one experiences when playing shmups. This is a situation where Azur Lane: Crosswave's attempts to replicate the structure of the mobile version failed. Short battles are good for a mobile game designed to be played repetitively and in small touches, but on a home console or PC title, this allows for disengaged staccato pacing, where players can spend twenty minutes in various conversational scenes. , only to charge into a 30 second battle. Also, the battles don't really escalate in terms of challenge, for the most part. Increased difficulty simply works as a doorway based on a player's progress in upgrading gear and levels. Almost every mission plays out the same, and with so little time to fight individual Kansen - enemies and allies - feel nearly identical to play or fight.


Azur Lane: Crosswave isn't a featureless combat experience, but it's a well-done fan service for Azur Lane fans, which overall might be the most important thing.

The narrative isn't particularly complex: the world of Azur Lane has four competing nations: The Eagle Union, Iron Blood, Royal Navy, and Sakura Empire, all based on a WWII belligerent. The nations maintain a peaceful but friendly tension between them, in the face of the threat of a mysterious fifth faction: the Sirens. Key to their defenses are the Kansen, female androids wielding special weapons and channeling the spirits of historic warships. When a battle with the Sirens leaves a number of physics-defying glowing cubes scattered across the territory of the Sakura Empire, the nations together call a "Joint Operation" to collect and research the mysterious new resources.

It's a pretty slim excuse to collect a ton of characters and interact, and it gets the job done: Azur Lane: Crosswave features 29 playable Kansen from all four factions, with another 35 combat-selectable "support" units, and more yet slated for addition via a downloadable add-on. Of course, given that Azur Lane's Kansen roster is over four hundred strong at this point, a good number of girls aren't included. Additionally, the narrative focus on characters from the Sakura Empire, led by Suruga and Shimakaze, results in a somewhat skewed roster in their favor, with Germany-based Kansen of the Iron Blood getting a paltry three playable characters at launch. (Prinz Eugen, Z23, and Bismarck). That said, many fan favorites, like Eagle Union's Enterprise, the Royal Navy's Hood, and many more appear in the game. rendered in high resolution. It's a fun game to watch, provided you disregard the fact that Azur Lane's character design sensibilities have always tended to be "incredibly horny". 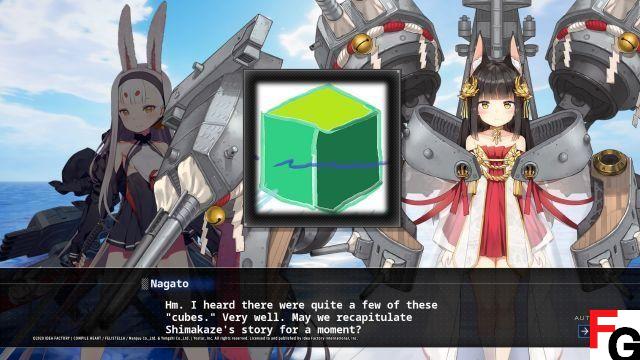 The writing also comes through, adding plenty of opportunities for each character's personality to be reflected through a host of conversational scenes and events. Topics range from main plot discussions and cryptic clues about the darker aspects of Azur Lane's world-building to simple candy shooting. Players who enjoy exploring the "expedition dynamics" of fanfiction will find plenty of fodder, as several character pairs with long histories in the main game find time to get heart-to-heart and work their beefs.

I mentioned earlier that Azur Lane: Crosswave is like other licensed anime games, but perhaps the game that most closely resembles this diverse spectrum is an entry in the Neptunia franchise. The emphasis on characters simply interacting, and weighting the content in favor of that, even at the expense of regular gameplay and narrative cohesion, will strike a familiar chord if you're a seasoned Nep-Nepper. In fact, only Neptune herself is playable in the game via a free add-on, and the girls of Neptunia were recently added to the base mobile game last year.

In the end, it's the real appeal of Azur Lane: Crosswave, rather than its gameplay, that's more of a formality. As such, your reaction will likely depend on your receptivity to Azur Lane itself. Existing fans and open-minded lovers of cute anime girls are going to find plenty to dive into, but everyone is probably better off taking some shore leave. 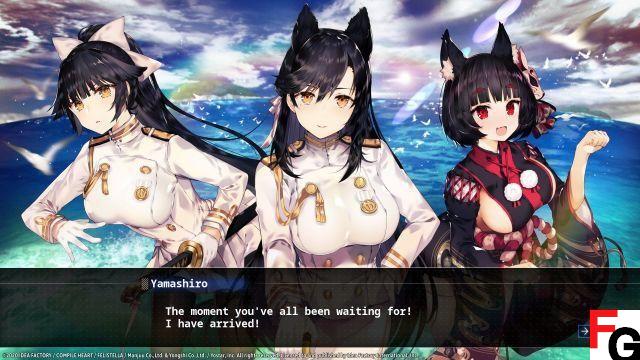