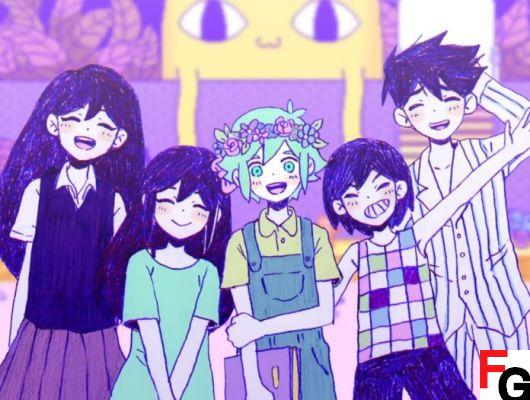 Waiting for something to happen?

Content Warning: This game, and therefore the review, contains depictions and descriptions of depression, anxiety, and suicide.

Having launched in 2022, Omori seems to have flown under the radar of many people, myself included. At a glance, it can be easy to write this off as something that chases Undertale's popularity. But that does this game a huge disservice. Of course, there are many similarities and I think Undertale fans will enjoy Omori, but man is Omori in his own category here, for better or worse. 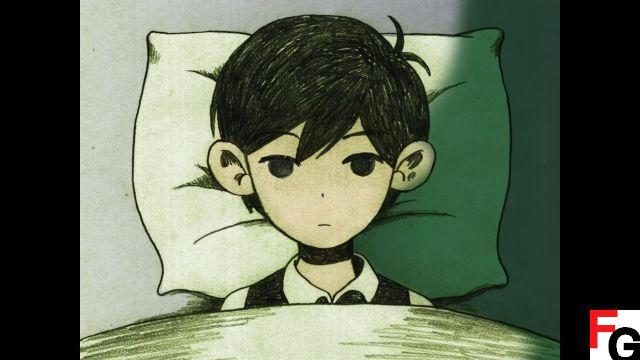 Ultimately, Omori is one of those games where the less you know about the plot, the better. But it's important to stress the seriousness of the content warning and the fact that knowing the game is about suicide and depression doesn't take anything away. In fact, it can lead you, like me, to jump to conclusions that never come to fruition. It's a game that deals with death but also has a character named Hot Diggity Dog. It's both a serious and silly game, and the juxtaposition won't be lost on most players.

The main draw here is the emotional plot, and anyone who prefers their games to be more gameplay-focused will come away disappointed. But anyone invested in the story? Hoo boy, you are in for a treat. Know this: all the reviews I'm about to share about this game are almost entirely erased thanks to the perfect ending. If you feel pressured to get through the middle part of the game, please continue. I promise it will be worth it.

I don't know the last game that really hit me as emotionally as Omori. I really cried while playing Persona 4, so maybe then? But the characters and events that occur during a game of Omori are unlike anything I've experienced. Even as the last act unfolded, I couldn't believe what was happening. I refused to believe it. And to this day, I think about those events and want to know more. Believe me when I say: this is not a game you will never forget.

Although Omori has incredibly serious themes of grief, loss, and guilt, much of the game is very quirky and wacky. Although it was Kickstarted before Undertale, it feels like the influence of the indie darling is really on Omori's sleeve. Characters say wacky things and have even wackier designs, music queues will play for two seconds before something wacky happens, and all sorts of offbeat things happen throughout the roughly 25 hours of this RPG. The humor will absolutely bounce off some, but it mostly landed with me. There are jokes that I think about every week because they are so funny.

Overall, I found myself enjoying the world that Omori had built. I wanted to talk to each person and see what they had to say. Even when the game started to get a little long in the tooth, I still found myself wanting to talk to almost everyone. Although sometimes those conversations lead to more of the combat system that, towards the end, I wanted nothing to do with.

The gameplay will be familiar to anyone who has ever played turn-based RPGs. Players control four party members, each with their own stats and abilities, and take turns until the fight is over. Adding to the main thing is the emotional system: everyone can be happy, sad, or angry, with each having their own stat changes. Additionally, there is a rock-paper-scissors element to these emotions as angry beats beats sad, sad beats happy, and happy beats angry.

Taking advantage of this triangle of emotions will result in additional damage, although this is hardly necessary. As long as the game is, the combat isn't deep enough or engaging enough. Before I got halfway through, I found a strategy that worked and basically repeated it ad nauseam for the rest of the game, except for maybe some bosses and the end game... and I only changed it towards the end. because I was completely bored with combat systems. 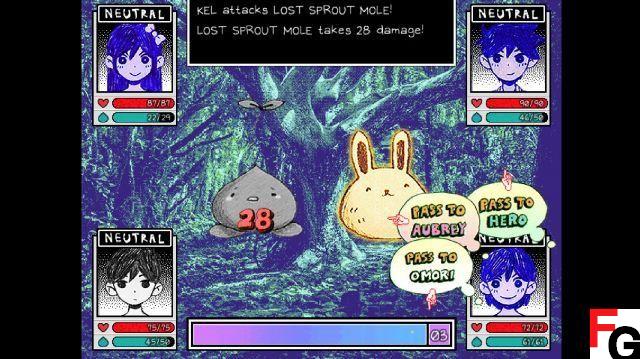 A part of me always looked forward to every battle despite the criticism of the systems, just to experience the character and monster art. While the overworld art is sprite-based and with varying detail, the actual character and monster art is hand-drawn and nothing short of phenomenal. The level of detail and care put into each frame is masterful, and I applaud Omocat in every way possible.

The bosses don't do much to shake things up, other than forcing players to use Kel and his healing abilities a bit more. Yet aesthetics have always pushed me to demand more. Not only are the boss fights a joy to watch, but they also come with some really great bits. The music as a whole is an absolute treat, and while boss music varies widely in style, it never varies in quality. Seriously, these are absolute bangers and I'm looking forward to an eventual vinyl release of the OST (note: there are no plans that I know of for a vinyl release, but the OST is available on Bandcamp).

Outside of combat, there's little gameplay. I suppose there are puzzles, but they're so simple that I refuse to even mention them outside of that last sentence and the one that follows. There are essentially two phases to the gameplay experience, but divulging all the details would be a huge spoiler, so I'll just mention that the juxtaposition between these two phases is very well done, if poorly paced. The game ends up using the mechanics of the combat system in ways that are quite unique to different parts of the story, and these are the moments that really stand out on reflection. 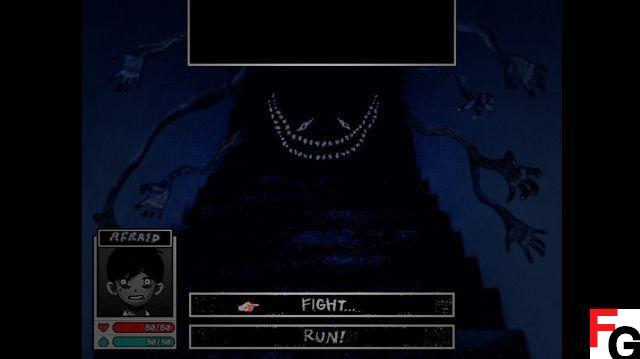 I wish the gameplay and the story fit together better. Sometimes it feels like the systems are telling a story: an enemy will use an attack and then get the happy emotion that they enjoyed it. Party members will yell at each other with specific moves and get angry. But those micro-stories quickly fade into the background and just become more gameplay elements as the game progresses, and they never get more complex than those examples, which is disappointing.

There are also many in Omori. While I spent just over 25 hours there, I found out afterwards that I had missed out on an entire part of the world, with mini-games and bosses to face. There are also, for lack of a better word, random items that players will likely miss. For example, there's just a random tree in the overworld that, if you click on it, happens to be a boss fight. Like what? Omori is full of optional content and various endings, some of which will have to be sought out by players. And even then, will probably research the differences on YouTube, because playing Omori for over 30 hours seems rather unpleasant. 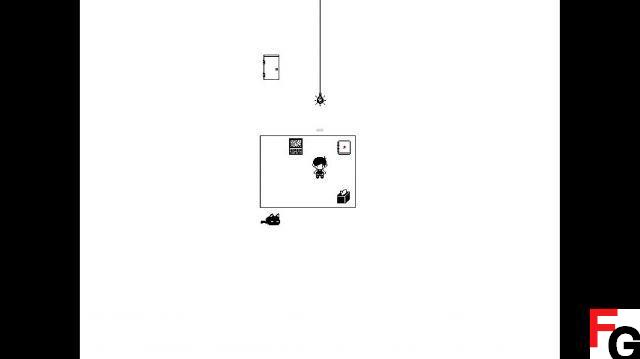 There's so much to love about Omori, even if it feels like the unlovable objects do their best to get in the way as much as possible. As the gameplay begins to feel complicated and tiring, more and more seems to pile up in the player's lap. Dividing the play into three acts, the second act is by far the longest and can only be described as a slog. The first does a terrific job of setting up the world and hooking the player, and the third act is an absolute masterpiece. So really, the question is, what will the player get out of it after completing Omori?

Omori is definitely not for everyone. Someone who values ​​gameplay much more than storytelling will come away bored and frustrated with the overall experience. However, those who appreciate the intrigue of a game and the emotions that games can evoke will never be able to shake Omori from their free space. It's a flawed game in many ways, but I can't stop thinking about it throughout my daily life (especially when opening the spice cabinet), even after finishing the game there's more one month. While the entire middle of the game can be frustrating due to its poor design, the third act is well worth everything that precedes it. In the end, everything else faded away and it was all worth it.

[This review is based on a retail build of the game purchased by the reviewer.] 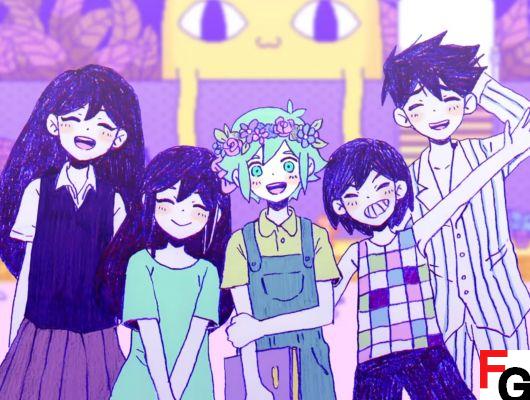