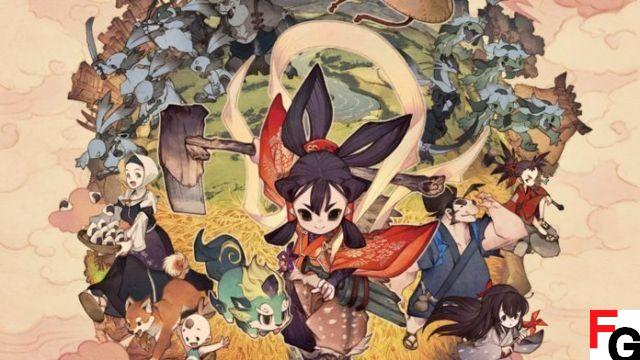 Sakuna: Of Rice and Ruin has been a long time coming, and even though it falls into a very busy release week, I'm excited to see this plucky rice farming action-RPG platformer finally coming out.

As a laid-back farming sim with bits of side-scrolling side-scrolling action, it's a pretty relaxing game, one you can get into for 20 hours or slowly but surely finish in a few months.

I had high hopes ahead – maybe too many? — but there's still a lot to love here. Especially the rice. 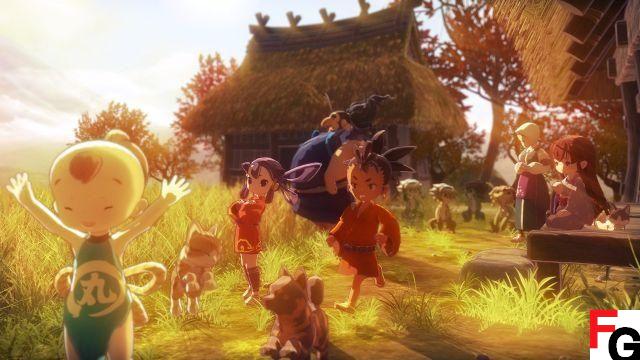 Sakuna: Of Rice and Ruin looks both bigger and smaller than expected.

First, the good news. Sakuna feels great in the sense that the story - a redemption story for a spoiled brat goddess who is exiled to an island overrun by demons - is surprisingly thorough and thoughtful. Edelweiss put a lot of care into its Japanese-inspired mythos, premises, and characters.

To sum up, Sakuna's fate is intertwined with an eccentric family of mortals who managed to wander around the celestial realm. Hijinks ensue, and they have no choice but to regroup, grow rice to increase Sakuna's strength, and eventually reclaim the miserable island to set things right. It's a fantastic setup in every way for a game built around a daily, seasonal grind.

Generally speaking, in the morning, you will do quick tasks like pulling weeds and tending to crops as needed in your comfortable 3D property. At any time, you can open a vast island map and step into a 2.5D action platforming level where you will strike down villains like hog beasts, skeleton warriors, and flocks of evil birds. More often than not, I had plenty of time to complete a full level and delve into another before deciding to head home. When night falls and enemies get stronger, you'll want to go back to dinner (to temporarily boost your stats) and nourishing sleep (to heal).


Along with Sakuna's RPG stats that you'll gradually improve over time, she has a separate "Exploration Level" that you'll need to rank up by completing each level thoroughly. Different levels have different alternate goals beyond just getting to the end. Sometimes you will need to use certain types of weapons or kill creatures at night once you are strong enough. Other times, you might have to think outside the box to reach hidden objects or take down a (once tricky) boss in under 30 seconds.

The higher your Exploration Rank, the more levels you'll unlock on the map, and the more the story (which is mostly told in cutscenes on the farm) will progress. A few times I only vaguely knew what to do next. In general, it's a good idea to track your rice each season, chat with your makeshift family as much as possible, and complete all available levels completely. 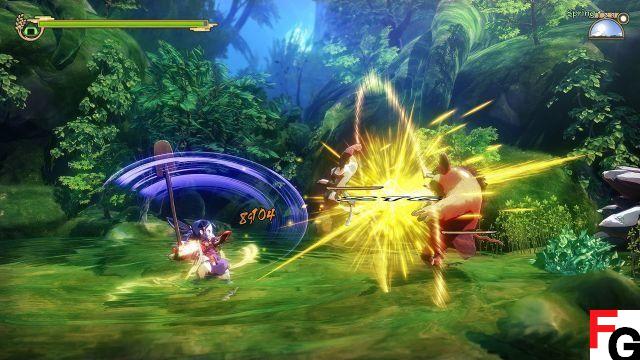 Here is the bad news. Sakuna also feels smaller than expected in the sense that the action platforming levels don't scale enough. What you see in the trailers is pretty much what you get.

To be clear, I really like the just-complicated combat system - in a weird way, it reminds me of Super Smash Bros. and Kirby Fighters - and I think the "God's Garment" grapple/dodge ability is fun. to handle everything in it lasts. I liked jumping, throwing enemies and crushing them in droves. I can't speak so highly of level design though. Its good. Not exciting, not boring, just...good. I enjoyed seeing new mechanics like noxious air and levitating puddles, but they can only go so far.


After a few hours of unlocking combat abilities/techniques and mastering air oriented combos, you'll have experienced most of the highlights. Many stages and enemy encounters feel more or less the same. At some point, it's all about exploring to find secret nooks, earning XP and gear, crafting better gear, and fighting the same powerful enemies (even bosses!) over and over again.

It's a shame that Sakuna's favorable first impression didn't hold up to the whole experience. I never quite got to the point where I wanted to stop playing, but there were times when the motivation dropped. In the end, the understated soothing grind and desire to follow the story kept me strong.

That, and the rice cultivation is satisfactory. The more effort you put in, the better your stat gains.

I loved thoroughly clearing rocks, preparing soil, creating fertilizer with the right ingredients, spacing plants, tinkering with water levels, pulling weeds, and treating crops in several convenient steps. It's vast! The simulation begins on a simple note before layering other concepts. Before you can get bored, it adds new twists or speeds up the existing process. 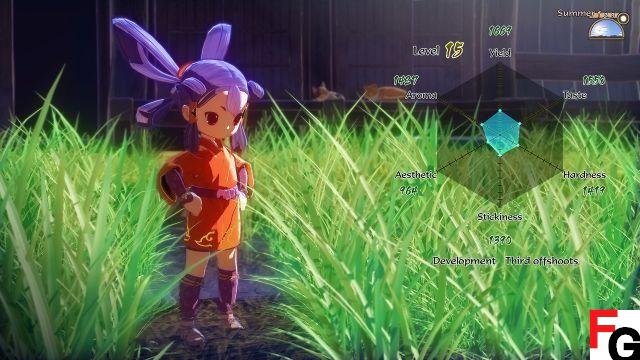 Once you've had your fill of the more monotonous tasks (like planting hundreds of individual seeds), you can have the AI ​​save you time with little caveats. It's a fair compromise. Overall, I dug the sim elements together in the rest of the game without being overbearing. Seasonal farming affects the day-to-day platform and vice versa. None of this feels like an afterthought.

I have to stress that I wouldn't buy Sakuna just for the simulation side if that's what speaks to you the most, because that's not really the main focus. It is above all an action platform game. It's a long game. You'll spend a lot of time tending to crops, but you'll spend even more time fighting demons.

Sakuna overstays her welcome, but I'm okay with that, to some extent. Even though the combat and level design fail to speed up and stay fresh, I was captivated for quite a while. I never fully checked out even when the game was at its most repetitive. There is a time, a place and a mood for it.

If a quirky action game with RPG progression and relaxing farming activities sounds like your kind of thing, trust your instincts on this one. The Nintendo Switch version is solid enough that I recommend it. 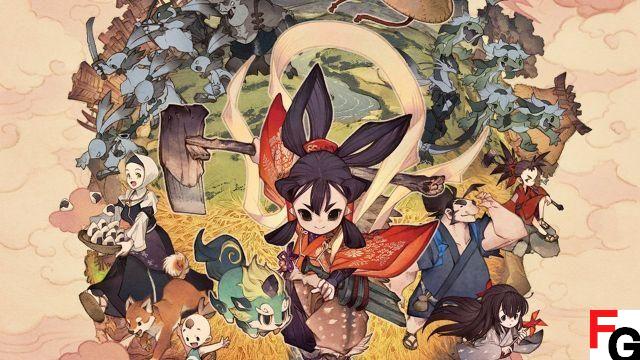 add a comment of Review: Sakuna: Rice and Ruin