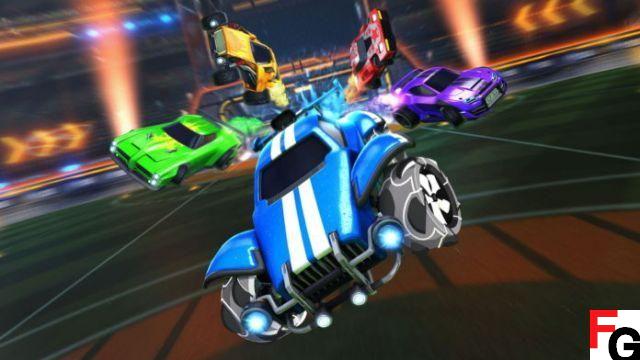 A new update has been released for Rocket League, and here is the full list of changes and fixes with this patch. Rocket League v1.84 is out now on PS4, Xbox One, PC, and Nintendo Switch, and this update features some minor bug fixes. There are no major additions, this update only weighs around 400MB, so you shouldn't have to wait too long while downloading. Rocket League recently went free-to-play after Psyonix was purchased by Fortnite creator Epic Games, and there's a crossover event with Fortnite to commemorate the free-to-play launch. Here's everything new with Rocket League Update 1.84.

This update should automatically download to Nintendo Switch, PC, PS4, and Xbox One at 19:00 PM PT on October 1 or 2:00 UTC on October 2, but you may have to wait a while before the update file from appearing in your download queue. If you haven't started playing Rocket League yet, the game is now free on all platforms. The game has discontinued Steam on PC in favor of the Epic Games Store, but players who already own the Steam version can continue playing on Valve's platform and won't be required to head to the Epic Games Store . For more information on this patch, visit the official Rocket League website.