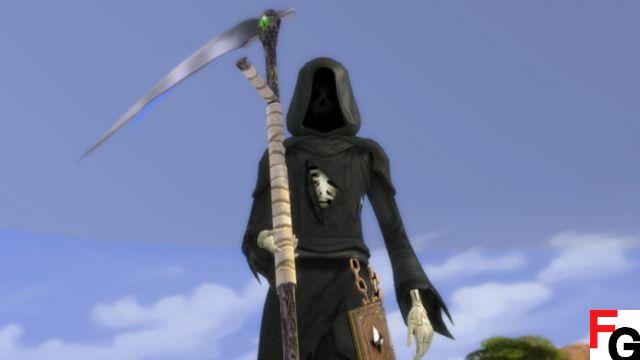 Do you find your Sims 4 experience a bit…simple? Is it too pleasant? There are many Sims 4 Mods out there, but the one that will definitely spice things up is the Extreme Violence Mod for Sims 4 aka Sims 4 Murder Mod.

Ever since The Sims was released in 2000, mods and cheats have been a big part of the player experience. From changing simple things like hair color, makeup styles, and clothing to adding new furniture, stories, and careers for your Sims, mods are real game changers.

The Sims 4 has been on the market since 2022 and has received constant packs and expansions. However, fans feel that some aspects are still missing, especially danger and emergencies. To correct this oversight, modders have taken matters into their own hands.

The Sims 4 Extreme Violence mod adds a plethora of unsightly delights to the game. Famous for the many ways to murder other Sims, the mod lets you live out your criminal desires and needs. Added kills range from running over Sims with a car, mowing down civilians with an Uzi, literally ripping out a Sims heart, and more!

Besides lethal additions, actions such as stealing and simply slapping a Sim are added, for those with less lethal taste.

The extreme violence also thankfully adds the ability for Sims to defend themselves and even retaliate. These are tied to the Fitness skill – so don't forget to send those Sims to the gym!

Some other fun additions with The Sims 4 Extreme Violence Mod:

Getting The Sims 4 Extreme Violence mod is pretty straightforward. Developed by SacrificialMods, it is available for download from their website. The mod only requires the base game to work, it does not need any additional packs.


How to Install the Sims Extreme Violence 4 Mod

To install, just download the file. Then extract to a destination: the mods folder of your Sims 4 program files (or cut and paste the extracted files). Make sure you don't put the files in a subfolder, as that won't let it work. Finally, enable “mods” and “script mods” in the game options menu. Voila, the Extreme Violence mod is installed and ready to go!

Les Sims 4 is available on PC and PlayStation 4.