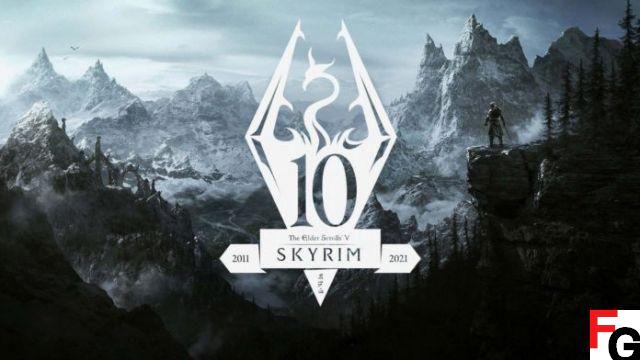 Skyrim is back, once again, with the Anniversary Edition. This latest version of one of the most beloved games will be available for $49,99 for all newcomers. But don't worry, owners of the latest Skyrim game, which would be Skyrim: Special Edition, won't have to shell out that much and can get an upgrade to their existing game. Here's how.

If you're not aware of what's going on with Skyrim, it's been 10 years since it was originally released on Xbox 360 and PlayStation 3. To celebrate this most glorious day, Bethesda is re-re- re-re-re-re-re-re-release (that's 7 re-releases) The Elder Scrolls V: Skyrim. This time it is aptly titled the Anniversary Edition and will come equipped with 10 years of content.

How to Upgrade to Skyrim Anniversary Edition

As mentioned earlier, if your copy of Skyrim: Special Edition didn't get lost during the move or was stolen by your little brother, you can upgrade to Skyrim: Anniversary Edition. This upgrade will cost you $19,99 instead of $49,99. It's boring and clearly one last cash grab (hopefully) by Bethesda for their most famous game, but there are a fair amount of new features waiting for those who upgrade.

There are a notable amount of additions to Skyrim's Anniversary Edition that are worth checking out. Especially if you've never played Skyrim or it's been a while, there are three DLC packs called Dragonborn, Dawnguard, and Hearthfire. Dragonborn adds a huge new questline with a new island and new villains to fight. Dawnguard features Fort Dawnguard, Crossbow, and Vampirism. Hearthfire allows players to build their own home, own pets, and start a family. And that's just the included DLC, I haven't even talked about the base game or the new mods.


Creation Club mods like fishing, survival mode, and alternate armor to name a few are also being added. There will be armor and weapons from Morrowind and Oblivion as well as brand new questlines like Saints and Seducers. Skyrim's base game is a treat, but with 10 years of added content, it's an assortment.

The Elders Scrolls V: Skyrim Anniversary Edition will be available on November 11, 2022 on PlayStation 5, PlayStation 4, Xbox Series X and S, Xbox One, Nintendo Switch and PC.