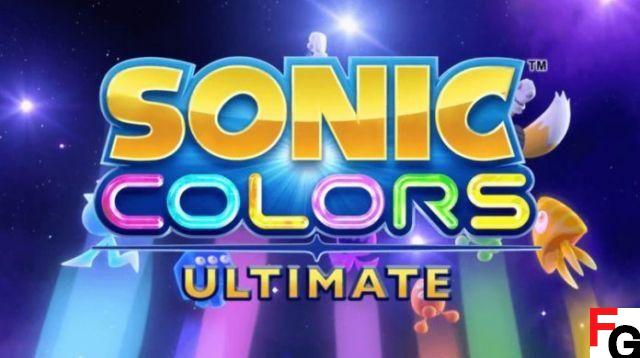 Sound Colors: Ultimate is a game that can be beaten pretty quickly with its simple bosses and fast-paced gameplay. However, there are incentives to replay the game as there are plenty of unlockables like Rival Rush mode and the ability to play as Super Sonic.

If you know just enough about Sonic's lore, you know that in order for him to transform into Super Sonic, he'll need to harness the power of all seven of the Chaos Emeralds. It's no different in Sonic Colors: Ultimate. A Sonic the Hedgehog game isn't complete if you aren't licensed to play Super Sonic in some form.

How to play as Super Sonic in Sonic Colors: Ultimate

To play as Super Sonic, you will obviously need to acquire these seven Chaos Emeralds. They aren't obtained through conventional means like beating the final boss or playing special stages. Instead, and this may be a bit of a pain for some, but first you'll need to collect all of the Red Star Rings hidden in all of the main levels.

There are six main worlds each with five red star rings per act. There are also six acts per world, totaling 180 red rings. It also does not unlock the Chaos Emeralds. After each threshold of rings collected, you will unlock additional levels at Game Land.

What is Game Land?

Game Land is an additional area of ​​the game where you play the game "Eggman's Sonic Simulator". Choose your character and speed. You'll notice there are seven worlds, all with 8-bit Chaos Emerald symbols above them. Each world in this game has 3 levels. For example, beating the world 1-1 to 1-3 will net you the Green Emerald of Chaos.

However, at first glance you will notice that not all levels of the worlds will be unlocked if you have not collected all the red rings. Based on my grinding experience, I finally unlocked the final tier for the first Chaos Emerald at 120 Red Star Rings. As of this writing, I have 60 extra red rings to collect and 6 extra levels to unlock in the Sonic Simulator game.


Doing the math, at 120 rings and every increment of 10 after that, will fully unlock the worlds to get the Chaos Emeralds. Luckily, these levels aren't too hard to beat. There is no time limit and there are no lives per run.

Overall, unlocking the ability to play as Super Sonic is more of a chore than a challenge. Luckily, the game has plenty of different routes and locations to explore once you've gotten all the wisps.

Spider-Man: Miles Morales - How to Get the Spiderverse Suit ❯

add a comment of Sonic Colors: Ultimate: How to Unlock Super Sonic