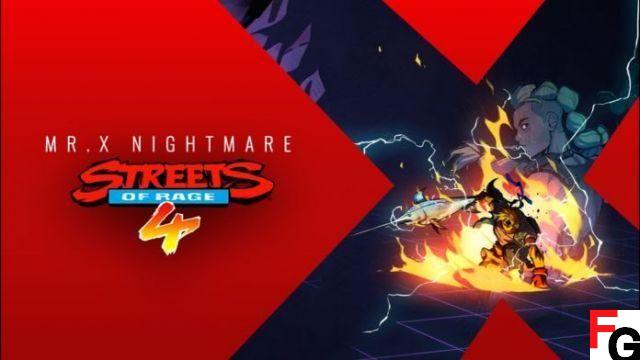 1.06 update arrived for Streets of Rage 4, and here is the full list of changes and fixes added with this patch.

With one day until we can dive into the crazy world of Mr.X Nightmare DLC for Streets of Rage 4, Dotemu and Lizardcube have released a new update for which we don't have an official announcement yet, regarding relates to its content. Needless to say, this is related to the new content that will be added in the game, as well as various improvements, adjustments and fixes.

As the official patch notes have yet to be revealed, it is still evident that the developers are gearing up for this big launch of their new expansion. It is very likely that we will see a large amount of changes, which we will include in this article as soon as we have more information, and until then we will at least have visuals on what will be added in the game.

Even if you don't plan on buying the new DLC, as you can see there's content for everyone here and considering the price of all the additional new content, it's well worth it.

Streets of Rage 4 is available on PlayStation, Xbox, PC and Nintendo Switch. For more information on the game, be sure to check out the official site.

add a comment of Streets of Rage 1.06 4 Patch Notes