Super Mario Sunshine - How to Get Yoshi 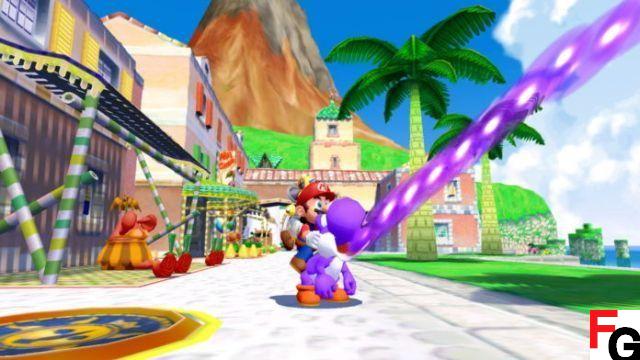 Do you remember the end of Super Mario 64? No, not when you beat Bowser, I'm talking about the very end of the game when Yoshi shows up. Oh, you didn't get all 120 stars so you could visit Yoshi on top of Peach's Castle? It's OK (me neither), the next game in the series makes the quest to get Yoshi much easier. In fact, you can actually ride it like you always thought you could in 3D. But you have to unlock him the old fashioned way, by playing through the game. Here's how to get Yoshi in Super Mario Sunshine as part of Super Mario 3D All-Stars.

How to Get Yoshi in Super Mario Sunshine

Sunshine being Yoshi's first appearance in a fully 3D Mario title, his inclusion was a big deal in 2002 and is still a big deal today. He's so rare in 3D Mario titles and has kind of felt left out in recent entries. But he does play a big role in Sunshine, and luckily having him isn't too much of a chore. All it takes is to complete some of the initial levels and then deal with how Shadow Mario looks.

Once you've unlocked Pinna Park, be sure to focus on the stars featured here. Completing the fourth Star Mission which allows you to defeat a group of Koopa Troopas scattered around the park will fulfill the first criteria. Once back in Delfino Plaza, you will see a Shadow Mario custcene with a Yoshi egg. Chase him by throwing all the FLUDD water at him and he'll fall, leaving the egg behind.

So now you have a Yoshi egg, but how do you get Yoshi? Above the egg there will be an image of a specific fruit that the Yoshi inside would like to eat. Go to the east side of the island near the beach and you will see fruit vendors with all the varieties you might need. Take the one Yoshi wants and bring it back and it will hatch right away. You can now ride it anywhere on Delfino Island, and more levels will allow this in the future. Don't let it touch the water or it will disappear, as tradition dictates.

add a comment of Super Mario Sunshine - How to Get Yoshi