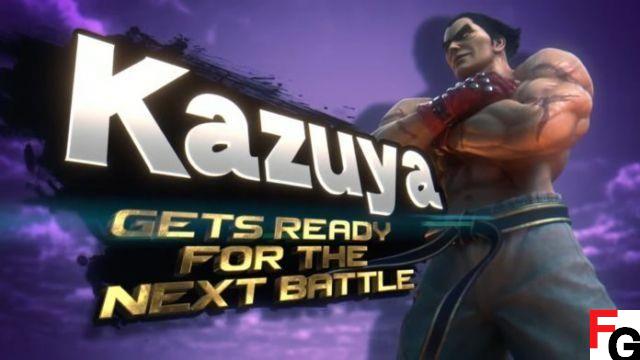 Kazuya will come out at 18:00 p.m. PT / 21:00 p.m. ET on Tuesday, June 29, 2022. Nintendo hasn't officially announced the exact release time for the next DLC fighter, but historically Super Smash Bros. DLC characters. Ultimate came out at that time. Here are the release times for the different time zones:

At the times indicated, the update will be available for Super Smash Bros. Ultimate. It may not download automatically, so press the + button on the Nintendo Switch home screen while hovering over Super Smash Bros. Ultimate and select "Check for Updates" to force the system to start downloading. This will download the entire 12.0.0 update, which includes Kazuya, a new stage, multiple music tracks, and a wide range of balance tweaks.

Version 12.0.0 is the latest patch for Super Smash Bros. Ultimate. This update will be released alongside Kazuya, and players will need to install the update in order to add the new character to the game. Apart from Kazuya, this update also unlocks the new Mishima Dojo stage and adds a ton of music tracks from the Tekken series, some of which are original remixes. Additionally, this patch will nerf and buff some characters, though fighter tweaks won't be known until the update is released and Nintendo releases the patch notes. Here's what you can expect from Super Smash Bros. Ultimate version 12.0.0.


Version 12.0.0 will be rolling out alongside Kazuya, so fans can expect to see the update go live at 18:00 PM PT / 21:00 PM ET. Again, the patch will not start downloading automatically once released. Instead, players should tap the + button and select "Check for Update" to force their Nintendo Switch to download the update once it's released.