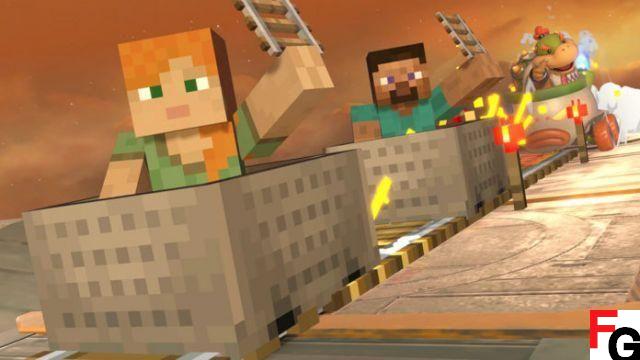 It finally happened. Minecraft Steve is in Super Smash Bros. Ultimate. Steve is the second DLC character in Fighters Pass Vol. 2 following the release of Min Min in June. Steve's moveset pulls most of the tools and items he uses from Minecraft and allows him to do absolutely stupid things that no Smash Ultimate character has been able to do before. He can upgrade his tools and attacks with raw materials he extracts from the stage and he can place blocks anywhere on the stage for defensive or offensive strategies. Here's how to get Minecraft Steve in Super Smash Bros. Ultimate.

How to get Minecraft Steve in Smash Ultimate

To get Minecraft Steve in Super Smash Bros. Ultimate, you need to purchase the Fighters Pass Vol. 2 on the Nintendo eShop for $29,99. This bundle includes six DLC fighters that will be added to the game in the coming months. Min Min and Steve are the first two characters, while the rest have yet to be revealed.

If you just want Steve and don't care about the other fighters in Smash Ultimate DLC, you can buy him individually by purchasing Challenger Pack 7. It costs $5,99 and lets you make Steve, Alex, Zombie and Enderman of fighters. You also get the Minecraft stage, aptly named Minecraft World. This stage includes a handful of different biomes and layouts chosen at random, in keeping with Minecraft's procedural generation. Finally, purchasing Challenger Pack 7 will also unlock 7 new music tracks for use on the Minecraft World stage.

Steve is set to release in Super Smash Bros. Ultimate on Wednesday, October 13 at 18 p.m. PT. We've converted this time to several time zones below for your convenience.

Mario Party Superstars: How Many Players Can Play Online? Elliott Gatica | October 31, 2022 Involve as many friends and know how many people can play at once. ❯