Tales of Arise: How to Use Shionne 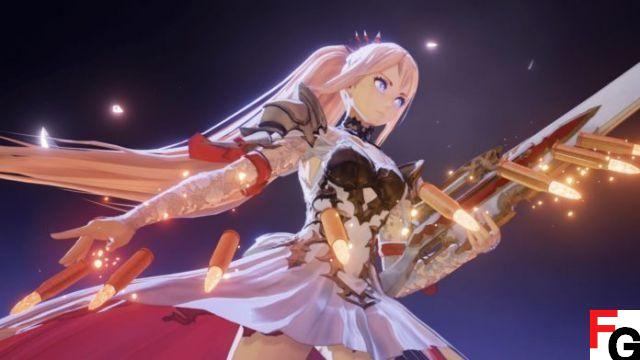 Tales of Arise has been one of the best Tales games in years and part of that is down to how uniquely all the characters play. In the previous titles, there was a certain separation, but everything comes together after a while. In Tales of Arise, this is far from the case as each character brings their own flavor to the gameplay. One of the most intriguing characters is to play as Shionne as she uses a long range rifle and Astral Artes as her main form of attack. Playing as Shionne is one of the hardest things to do in Tales of Arise as she requires very quick reflexes and careful positioning to maximize her potential.

While most Tales of Arise characters have an obvious way to play, Shionne is a little less so. Defense wise, she's actually pretty solid most of the time, but due to her long cast times and somewhat slow basic attacks, she can be destroyed quickly if you're not careful. . To counter this, we will always want to be equipped with first aid. Not the most fun option, but damn is it still useful if you and your party are in a rush. Resurrection is the other Arte you could bring in here as well, but it severely limits your firepower and turns Shionne's role into a support character which might be fun for some, but not the best way to use it. In order to balance this, we will also be adding offensive Artes. The first one that will be obvious early on will be the ever-impressive Ice Tornado. There is a bit of a cast time, but once it hits, this magical maelstrom absolutely destroys enemies and usually opens them up for other party members to combine for days. You have to keep in mind, however, that elements are important in this game, so a lot of enemies won't be affected so much if they're ice-type. The other to focus on is your Arte Bomb. These basically act like grenades which you can then inflict on her by holding down the button she's mapped to after throwing her. the damage isn't immense from the bombs alone, but peppering enemies with them all the way through can be very useful and when you do decide to set them off, the explosion will usually do quite a bit of damage.

Tales of Arise makes your positioning on the battlefield affect everything from the damage you'll take to whether your attacks land or not. Gone are the semi-directing attacks of previous games and it's all much more position-based here. With some characters, you'll need to get up close to do your damage. With Shionne though, we want to be as far away from the action as possible. There are several reasons for this. On the one hand, Shionne is one of the best characters for taking down boss weak points in this game. one of the various melee characters available. She has several non-elemental arts that move in a straight line and when you level her up enough, she will become an absolutely deadly character at long range.

Shionne may start off a bit simple in the attack department, but once she gets her boost attack, she becomes an integral part of your Tales of Arise team whether you control her or not. His boost attack allows him to set up from any enemy you've locked onto and unleash a barrage of blue lasers on them. With luck, this can quickly break through an enemy's defense and deal a ton of damage. The best way to use this attack is to prime an enemy with some damage to start with, which increases the likelihood that the boost attack will deal enough punishment to break them. Shionne's bomb attack is where we want to go here because you can plant them all over the battlefield and trigger the explosion with your special ammo. This alone probably won't trigger the Boost Attack, so you need a bit more. The way Boost Attacks are unlocked is by performing combos, luckily for us Shionne has quick combos that only take one soul gauge to use, so chaining them together and ending with her bomb attack should give us the ability to boost and that's when you want to let loose.

Shionne is one of the main characters in the game, so you'll likely be using her a lot and while her mechanics are a little intimidating and admittedly slower than some of her more action-packed teammates, using her properly will go a long way. path to help you defeat your enemies no matter how hard you play.

Tales of the Ascension is available September 10, 2022 for PC, PS4, PS5, Xbox One, and Xbox Series X. Check out our game review here.

add a comment of Tales of Arise: How to Use Shionne