The Artful Escape: how many chapters are in the game 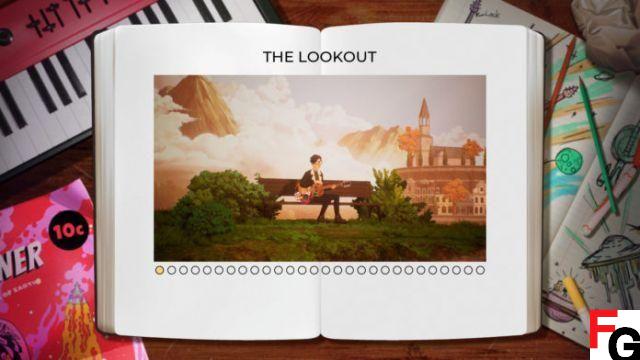 The Artful Escape has a lot of stories to tell while running and all of them are divided into chapters, but actually how many chapters does the game have? Francis is drawn through many interstellar shenanigans during the game, and as such there are a host of unique and varied locations to visit. Some chapters, however, are more important than others because they are the only places players can customize Francis' appearance or other elements of his identity during the journey. Additionally, there is a chapter select feature unlocked from the start that allows players to switch between chapters. Here's everything we know about The Artful Escape's chapter count.

How many chapters are in The Artful Escape

The Artful Escape contains a total of 28 chapters, each with its own unique checkpoints and the ability to revert to a previous one at any time. Each chapter also has a unique name which unfortunately would be a spoiler for some fans to share. We've got some fun facts about how The Artful Escape uses its chapter structure below.

Although not explicitly mentioned, there are very good reasons to skip chapters. A few we found are:

The Artful Escape is available now for Xbox One, Xbox Series X|S, Game Pass, and PC.

The Ascent: How to Hack Items with Access Denied Message ❯

add a comment of The Artful Escape: how many chapters are in the game