The best guns in Call Of Duty: Mobile 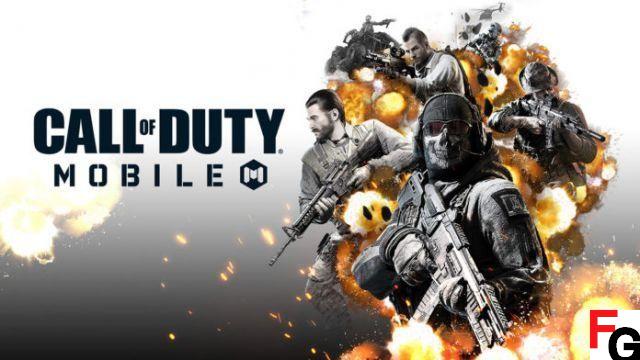 Released in October 2022, Call of Duty: Mobile is a free-to-play shooter published by Activision. An ever-evolving online experience based on famous Call Of Duty characters and maps from various present and previous titles. Below are two detailed descriptions and breakdowns of some of the best weapons for three main categories in Call Of Duty: Mobile. From assault rifles to machine guns and finally shotguns.

At the start of the weapon list is the Peacekeeper MK2 Assault Rifle, requiring thirty headshots to unlock. Perfect for medium to long distances, what sets the Peacekeeper apart is its high mobility stat. Having a weapon with the range of an assault rifle, with the momentum of a submachine gun, the pace is a guarantee of advancing on enemy spawns with speed and precision. Paired with a grip for recoil control and a suppressor to keep you clear of enemy player radar. The scope is optional, as the base weapon's iron sights are very reliable.

Second, after Peacekeeper MK2, is AS-VAL, also requiring thirty headshot medals to unlock. Boasting a bonus built-in suppressor, this weapon is still customizable with five additional attachments, including the suppressor. For players concerned with getting the most out of their personal weapon choices, the options included in the AS-VAL help it easily adapt to any player's style. Much like the Peacekeeper MK2, mobility is a high stat, which again brings speed to accuracy. Including the highest rate of fire among the assault rifle classes, the addition of an extended magazine would definitely help when taking on large groups of enemies at once.

To launch the submachine guns, the PDW-57, a classic weapon from Call Of Duty: Black Ops 2. Easy to unlock, the PDW is one of the first extra weapons you earn. Boasting a 50 round clip, pair it with a stable grip, optional scope and suppressor for the best stealthy yet aggressive approach. An extended magazine is also a possibility, but although the PDW 57 already packs fifty rounds without any special clips, adding accessories elsewhere is certainly the best bet. SMGs at all levels provide mobility and precision, regardless of the choice.

Also, a worthy successor to the PDW is the MSMC. Another classic from the same era as the PDW. Equipped with the highest mobility stat in the submachine gun class, the MSMC also brings a nominal rate of fire of ninety-two. Perfect for close and personal engagements. While beneficial, the recoil is sure to deflect accurate players. Go for a grip for recoil control with a weapon stock for ADS speed as well, these two are an MSMC required standard. Additionally, carrying an extended barrel for easier engagement at medium and long range also strengthens the SMG.

Regarding the different Shotguns that can be used in Call Of Duty: Mobile, three are easily unlockable. while later weaponry requires a level forty-seven ranking to unlock. The most notable of these three is the semi-automatic Striker, bringing a one hundred and thirty-six close range damage stat. Paired with an equipped extended barrel and a quick reload clip, groups of enemies will be easily dismantled. Additionally, the Striker is very suitable for hip-firing, instead of aiming down sights. In my opinion, this is the quintessential shotgun once unlocked.

An alternative could also be the HS0405, based on the Ranger shotgun from Call Of Duty: Modern Warfare 2. This close range weapon focuses more on the pump-action style of use, unlike the Striker. Deadly at close range, the reload speed is what hurts the HS0405 the most. Additionally, a pump lever weapon requires greater accuracy, but accuracy is also rewarded. For players demanding a more practical weapon at close range, the HS0405 is a prime candidate.

Call Of Duty: Mobile is available in all countries that support Google Play and App Store

The best operator skins in Call of Duty: Warzone ❯

add a comment of The best guns in Call Of Duty: Mobile