The first information about WWE 2K20 will be revealed next week 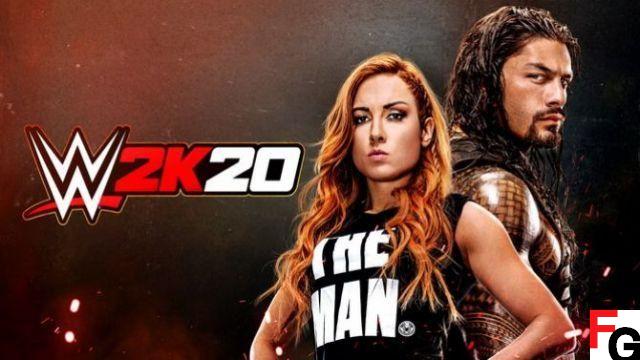 The first information about WWE 2K20 will be revealed next week
👨‍💻

News about this year's new WWE game has been quiet from 2K Games until now. That is to say until today.

Today on Twitter, the official account WWE 2K from Sports 2K has confirmed that some in-game news is finally on the way. The first deluge of information will be released next week on August 5th. This is where 2K will reveal the cover art for WWE 2K20 with "more details than we shared in the announcement and your first look at the gameplay video".

To help fans out until then, two new in-game screenshots were shared today, one featuring Brock Lesnar and the other featuring Bayley. You can see these images in the tweets below.

If I had to guess who will appear on the cover of WWE 2K20 this year, it's probably Becky Lynch's. 'The Man' has been WWE's most popular wrestler over the past year and was previously part of the Main Event in early 2022 at WrestleMania, which is the first time a women's match has had such a place. . WWE seems to have been focused on bringing a lot of "news" to the women's division lately, and it would make sense to make Lynch the first female wrestler to grace the cover of this year's video game. Either way, we should find out soon if my assumption is correct.

No release date has yet been given for WWE 2K20, but we should know more next week. As for the platforms, if it's like last year, the game will probably only be released PS4, Xbox One et PC.

We'll share all the latest WWE 2K20 news with you next week once it's announced.


The #WWE2K20 cover reveal kicks off August 5th with more details than we ever shared during the announcement and your first look at gameplay footage! Follow our social accounts so you don't miss a thing. pic.twitter.com/EqcA00gYx8

“The #WWE2K20 cover reveal begins August 5th with more details than we shared in the announcement and your first look at the gameplay video! Follow our social accounts so you don't miss a thing. »