The Great Ace Attorney Chronicles – How to Change Language 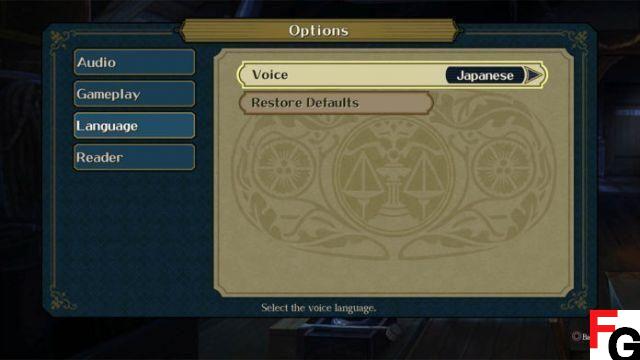 The Ace Attorney series has always been quite interesting between its Japanese releases and its Western releases. The Phoenix Wright games were very clearly set in Japan in the Japanese releases, but the Western releases instead decided to shift the action to a Japanese-influenced Los Angeles for some reason. That's why many, although we may never get the Great Ace Attorney series games because they would be difficult to extract from Japanese history. However, The Great Ace Attorney Chronicles has finally arrived in the West after more than five years of waiting with both games in tow. Although the default way to experience the game is with English voices, the game also offers the option to switch to Japanese and this guide will tell you how.

How to change language

As always with western releases of the Ace Attorney series, The Great Ace Attorney Chronicles is the default in-game English dub. It's not that prevalent in the game as a whole, as there aren't many dubbed scenes. There are narrated moments and a few spoken lines of dialogue at the start of each chapter, but that's about it except for words like "Objection" and "Yes" during the courtroom scenes. .

For those who want the most authentic The Great Ace Attorney Chronicles experience since the characters hail from Japan, Capcom has offered dual audio as an in-game feature. To do this, head to the main menu of the game as a whole and go down to Options and select it. On the next screen, scroll down to Language and select it. From there, all you have to do is switch from English to Japanese and you will now have Japanese voices in the game. Although this is very limited in the game, it is still a nice touch for those who can appreciate it.

The Great Ace Attorney Chronicles is available on PS4, Nintendo Switch and PC. If you need additional help with the game, be sure to check out our other guides for the game.

The Legend of Zelda: Skyward Sword HD, How to Get Ancient Flowers ❯