The Legend of Zelda: Skyward Sword HD, How to Get the Hylian Shield 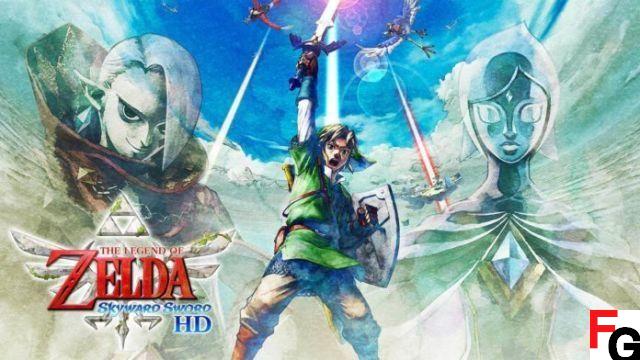 The Legend of Zelda: Skyward Sword HD gives you a variety of shield options, but we'll cover how to get the Hylian Shield, as it's by far the best in the game. Just like in Breath of the Wild, Skyward Sword offers a durability system for every shield you can get your hands on. But also like this game, the Hylian Shield stands out as the one that rules them all, as it can't actually shatter and has infinite durability. However, you cannot get it just by buying it from a vendor, rather there is a special way to get it. Be warned though, this shield can only be obtained after the game's sixth dungeon, and as such there will be some minor spoilers for this part of the game.

How to get the Hylian shield

The quest to obtain this shield only opens once you have started your journey to search for the three dragons and learn their chants. One of these three dragons will be your guide to get this shield, specifically you need to find Lanayru. It's the Desert Dragon of Lanayru, so if you want your prize, you'll need to head here first. The entrance to the Dragon's Resting Place is in the same cave system where you encountered a goron who provided you with the means to reach the Sand Sea.

Walk through and escort a Minecart with a Timeshift Stone to the bones so you can speak with the dragon. You will be sent on a quest to plant an important seed he needs to get better. If you're having trouble finding a place for it, the answer is to plant the seed in the Sealed Temple after going to the past. Bring him the fruits growing in the present, then he'll teach you his part of the song and tell you he's going to be working on something special for you.

A Boss Rush is the last step

Simply leave the area and return instantly to have Lanayru give you a special trial. This trial is a Boss Rush of every boss you've faced so far, including every fight you've had with The Imprisoned so far. You'll need to fight your way through eight bosses before the Hylian Shield is yours. There is a catch though, first of all, you will only be able to bring your currently equipped shield with you, no other pocket items are allowed. Second, you can only choose the first boss you fight against, the others will be sent to you in random order. So get ready for a fight and get going to claim your prize.


The Legend of Zelda: Skyward Sword HD is available now on Nintendo Switch

The Legend of Zelda: Skyward Sword HD, How to find the windmill propeller ❯

add a comment of The Legend of Zelda: Skyward Sword HD, How to Get the Hylian Shield