The Sims 4: The 10 Best Expansion and DLC Packs 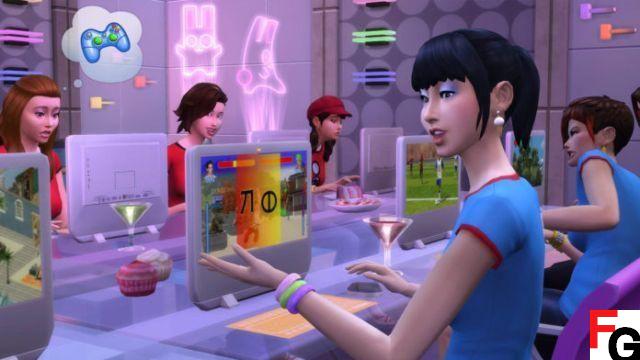 The Sims 4 has released several DLCs to expand the game since its release. Some of the DLCs are content rich Packs d’extension, while others are compilations of cosmetic items and furniture. As of April 2022, there are 40 paid DLC packs including 10 expansion packs, 9 game packs, 18 stuff packs, and 3 kits. EA also gave away a free holiday-themed pack that all players should pick up to add some holiday cheer to their game.

EA and Maxis continue to release major new content packs several times a year. But for beginners looking to expand beyond the base game, it can be daunting to figure out which DLC to buy. The next time the DLC goes on sale, there will be ten pieces of DLC players to add to their collection.

Here are the 10 best expansion and DLC packs for The Sims 4.

Nothing beats a fresh load of laundry, and now Sims can experience that on Laundry Day too. This was the first community-voted pack that players worked on with the developers for several months, with players voting for their favorite features and items. The Stuff Pack adds more realism to the game and brings a “get dirty” feature where Sims will change their clothes daily and then wash them in a traditional washer/dryer combo, in a tub or on a line. outside. The pack also introduced several country-inspired decor elements.

The Sims 4: Dine Out

The Dine Out game pack not only features dining at restaurants, but also allows Sims to own and manage multiple restaurants. Players can visit a restaurant, order a three-course meal, and build relationships with friends or potential romantic interests. If players are more interested in the money-making side of things, they can go through the recruiting process, create a unique dining experience, and more. Over 100 items have been added to the pack, along with several pre-made restaurants for Sims to enjoy.

There's more to do in The Sims 4 for adults than there is for kids and seniors. With the Parenthood Game Pack, Sims can further develop their parenting skills, teach life values, and help children grow into successful adults. Young Sims can also go through “phases” where they pretend to be a bear one day, then refuse their favorite food the next. The pack also enhances the school experience. Families can work together on school projects or volunteer to improve social statistics.

While “Get to Work” might not sound appealing, the expansion pack adds several new content pieces that will keep players busy. The main feature of the pack adds three new jobs: doctor, detective and scientist. Players can follow their Sim to work and go through a full day of work, which could include a patience diagnosis or finding out who committed a crime. Get to Work is also introducing a new business district, Magnolia Promenade, which has four lots with three pre-made shops and a bonus secret “Sixam” lot for scientists to discover. If any of the three new jobs aren't appealing, Sims can start their own business or have fun with the new Alien Sim type.

The Tiny Living Stuff Pack is perfect for players who don't like creating huge mansions for their Sims. The goal of the pack is to keep it cozy with pull-down beds, all-in-one stereos, and shelving combinations. A new residential lot type called “Tiny Home” has also been added. Players have a limit of 100 tiles to build their house, but the smaller the house, the more benefits Sims will get, such as smaller bills and improved mood. Tiny Living proves Sims can do more with less.

A Sim's life can change forever by adding a cat or dog to their family. The Cats & Dogs expansion pack adds a Create a Pet tool to the CAS screen to customize pets' appearance and personalities. Unlike previous games, animals cannot be controlled but can still be great fun for Sims. A new neighborhood, Brindleton Bay, has a variety of parks and residential areas for Sims to make new friends. The EP also adds a new career path, Veterinarian, so players can own a clinic and help sick animals. The pack is ideal for any Sim who needs a furry friend.

The Sims 4: Realm of Magic

The Realm of Magic Game Pack brings magic to the world of The Sims. A new neighborhood was introduced called Glimmerbrook, filled with new friends. Sims can also transform into spellcasters, who can learn how to brew potions and cast magic spells. If a caster needs help, they can create a variety of familiars, a pet-like companion that ranges from fairies, owls, crows, and more. The power of spellcasters can last a lifetime, with their children inheriting their magical lineage. While many play The Sims to replicate real life, Realm of Magic adds a touch of magic.

The tenth expansion pack, Snowy Escape, is a Japanese-inspired DLC. It introduces several outdoor activities such as mountaineering, snowboarding, skiing and sledding. For those with less active Sims, there is a Japanese-style bath perfect for social Sims and families. Although the new Mt. Komorebi area is all about snow, EP Seasons doesn't have to take advantage of the colder weather. Snowy Escape was also the first EP to introduce "Lifestyles", which gives Sims more in-depth personalities. Smaller details in the pack, like taking off shoes when entering a house and allowing SIMs to choose which cooking utensils to use, also breathe new life into the characters.

The Paranormal Items Pack expands the supernatural elements in The Sims 4. When a Sim dies in-game, their ghosts often hang around. In the pack, Sims can work on their average skill and become a paranormal investigator to restore order to their peaceful neighborhood. If Sims prefer a bit of mayhem, they can check out the new residential lot called “Haunted Houses.” The pack also brings back Bonehilda, the friendly skeleton servant. The Paranormal Item Pack lets players do more with ghosts and the afterlife in The Sims.

The Seasons expansion pack adds all four seasons and weather. Year-round weather conditions are easily overlooked in the base game, as every day is sunny. However, with the EP Seasons, players have access to a calendar full of special holidays and can even host custom celebrations. With Seasons, Sims can now develop their gardening skills to produce flowers or become self-sufficient with home-grown vegetables or take it to a whole new level with the “Gardener” career. Seasons may be something we take for granted, but they can impact a Sims' life and provide a lot of fun for players.

The Sims 4: What's in the Digital Deluxe Edition? ❯

add a comment of The Sims 4: The 10 Best Expansion and DLC Packs