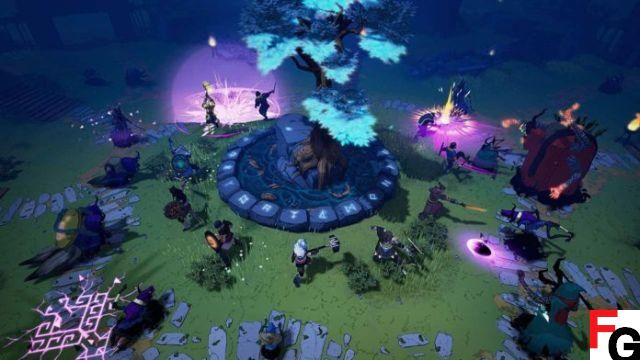 1.02 update arrived for Midgard Tribes, and here is the full list of changes and fixes added with this patch.

Just two days after its release, Tribes of Midgard is receiving its very first semi-major update which includes many interesting tweaks and changes, as well as fixes for various aspects of the game that needed it. Tribes of Midgard had a convoluted release, mostly due to its numerous bugs and quality of life issues, but the team behind the new IP is already showing signs of active troubleshooting execution. Additionally, Season 1 rewards were also addressed, as there was an issue with the Wolf Saga portrait not being updated for those who met the requirements. This is also fixed, as you can see below, and other gameplay changes may be quite enjoyable for anyone trying out the new survival game from Norsfell and Gearbox Publishing.

Midgard Tribes is available on PlayStation 4, PlayStation 5, Xbox One and PC. For more related content on the game, feel free to check out the rest of our guides here.

add a comment of Tribes of Midgard Update 1.02 Patch Notes