Warframe: How to farm for Rhino Prime 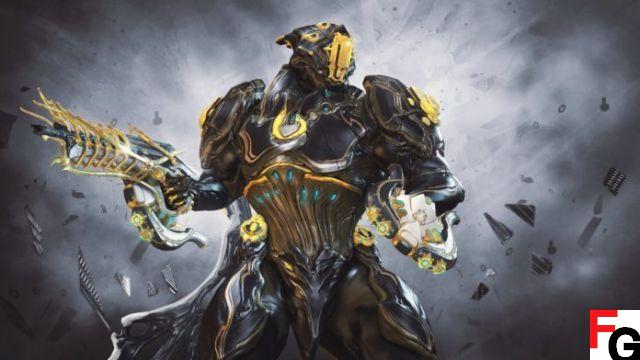 Rhino Prime was released on August 10, which means it can now be acquired again. Warframe's OG tank can be purchased through the Prime Vault program or farmed using in-game methods.

If you want to go the free-to-play route, follow this guide. The following relics are required for a chance to acquire Rhino Prime, along with his signature weapons: Boltor Prime and Ankyros Prime.

Once you have all the necessary parts, you will need the following resources to craft each part.

Each part of Rhino Prime takes 12 hours to fully craft, with the final product taking another 72 hours to make.

Most of the materials for Rhino Prime are things you would have acquired passively as you progress through the game, with the exception of Neural Sensors, Orokin Cells, and possibly some Plastids and Polymers.

To reliably mine Neural Sensors, you can mine Alad V on Themisto, Jupiter, or run Taveuni in Kuva Fortress. Alad V is recommended for players who are not very well equipped in the game, while the Kuva Fortress route is for players with stronger gear.

Orokin Cells can be obtained by farming Sargas Ruk in Tethys, Saturn. If his invulnerable phases are boring and tedious, you can alternatively run Gabii or Draco on Ceres.

Finally, while you may have Plastids or Polymer bundles in your inventory, they are a resource that isn't as plentiful as something like Ferrite or Rubedo. The best place to farm these materials is on Ophelia, Uranus. This is a rather popular node as enemy spawns are plentiful, and the drop tables in this particular sector contain some very valuable items outside of the aforementioned Plastids and Polymer Bundle.

For Lith and Meso relics, try speedrunning and farming the Hepit node in the Void. It's a simple capture mission and the mission has a very high chance of rewarding you with a relic of those levels. You can farm Neo and Meso Relics quite reliably in the Ukko node in the same area using the same speedrunning technique.

For consistent Axi and Neo relics, play Mot in the Void. Each 5-minute reward guarantees a relic of these levels. Keep in mind that this node contains more powerful enemies than the other two nodes.

If you want to instantly acquire Rhino Prime and his signature weapons, you can do so through your platform's store.


Home / Game Guides / Warframe: How to farm for Rhino Prime

Warframe: How to Get Dex Sybaris for Free ❯

add a comment of Warframe: How to farm for Rhino Prime