When is the Kokomi Banner in Genshin Impact? 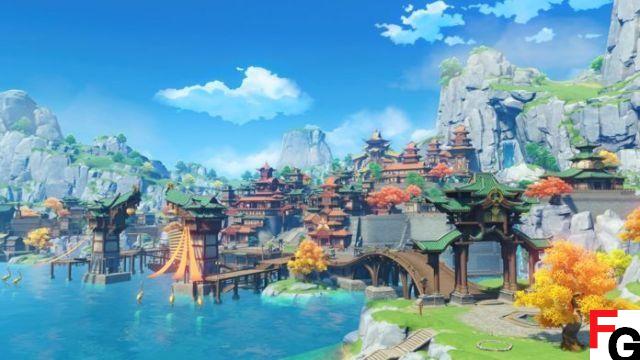 Genshin impact should see the release of a new five-star character during the Update 2.1 timeline that was released earlier this month. The new supporting character named Sangonomiya Kokomi has a wide range of abilities and brings exciting talents that will bring delight to fans around the world. The Kokomi Banner release date will be listed below along with everything you need to know about Sangonomiya.

Kokomi Banner is set to release on September 21 at 18:00 PM UTC+8, 05:00 AM CT, and 11:00 AM BST. The banner itself will be live for Genshin Impact players until October 12 at 14:59 UTC+8 sharp. Banner timing leaves plenty of time to try and get Sangonomiya Kokomi with ecstatically high drop rates.

Kokomi features a diverse range of new talents and attacks in action, she will use her 'catalyst' weapon and Hydro 'vision' with her weapon set to bring the power of water and ocean to her enemies.

First of all, Kokomi's normal attack is called "The Shape of Water" and will perform up to 3 consecutive attacks where you will see fish swimming through the air and dealing hydraulic damage to your enemies. It's quite a spectacle to watch the attack take shape on the battlefield.

Second, the charged attack that Kokomi can use will use some of the stamina to deal hydraulic damage, but this time in a powerful area-of-effect attack type.

Kokomi's talents as a character are also unique in their nature with the first, Oath of Kurage, summoning a "Bake-Kurage" created from water, this ability will act as one of her support talents which can heal his allies. around the player. It should be noted, however, that the “wet” status will be applied to Sangonomiya, which will make it more vulnerable to advantageous attacks against hydropower.


The second talent Kokomi has access to is Nereid's Ascension, this talent will "invoke the power of Watatsumi" and again deal hydraulic damage to enemies. However, after dealing damage to enemies, a "Ceremonial Garment" will be wrapped around Sangonmiya and will increase damage for the following: Normal Attacks, Charged Attacks, and Bake-Kurage Damage. This will notably be increased according to Sangonmiya's maximum HP.

History and traditions of Sangonmiya Kokomi

Sangonomiya has an immense amount of knowledge attached to him. She is the "Divine Priestess of Watatsumi Island" and once, those who lived on Watasumi Island fascinatingly lived at the bottom of the ocean in Enkanomiya. The god Orobaxi raised civilization above the surface of the water and now the people of Watasumi Island have been able to leave their mark on the land.


Orobaxi was killed by the Archon Electro and the lineage heir is none other than Sangonmiya Kokomi herself. Will you be playing the role of the revered Divine Preistess in September?

When is the Fortnite season 5 Chapter 2 event? ❯

add a comment of When is the Kokomi Banner in Genshin Impact?