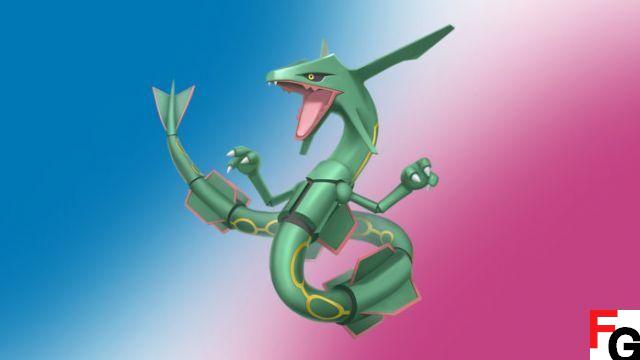 Rayquaza is among the best Pokémon of the two Shiny Diamond Pokémon et Shining Pearl Pokémon, as you would expect from the mascot of the famous Pokémon Emerald. That said, now we're going to tell you where to find Rayquaza in Pokémon Brilliant Diamond and Pokémon Shining Pearl so you can add the Gen 3 legendary dragon-type Pokémon to your team.

Where to catch Rayquaza in Pokémon Brilliant Diamond and Shining Pearl

Rayaquaza can be found in Pokémon Brilliant Diamond and Pokémon Shining Pearl at Ramanas Park, which can only be visited after defeating Cynthia at the end of the game and obtaining the National Pokédex. You can get the National Pokédex by visiting Professor Rowan in Sandgem Town after completing your Sinnoh Pokédex. Once you gain access to the area, you can summon Rayaquaza by exchanging your Mysterious Fragments for a Stratospheric Slate. But here's the thing, before they can purchase the slate, players must purchase 3 Discovery slates, which will grant access to Regice, Regirock, and Registeel, 3 Johto/Kanto slates, depending on which version they are currently playing, and 2 Slates lady. Only after that will the Stratospheric Slate be available for purchase.

After collecting the slate, head to the Stratospheric Room, located at the northern end of the area. Once there, place the item on its pedestal to summon Rayquaza. After that, you just have to fight and capture the Pokemon. Don't forget to save your game before placing the slate.

To recap, here's how to summon Rayaquaza in Pokémon Brilliant Diamond and Pokémon Shining Pearl:

Both Shiny Diamond Pokémon et Shining Pearl Pokémon are available now, exclusively for the Nintendo Switch. If you don't know which version to get, don't forget to check the main differences between Pokémon Brilliant Diamond and Shining Pearl.