Where to find IO guards in Fortnite season 8 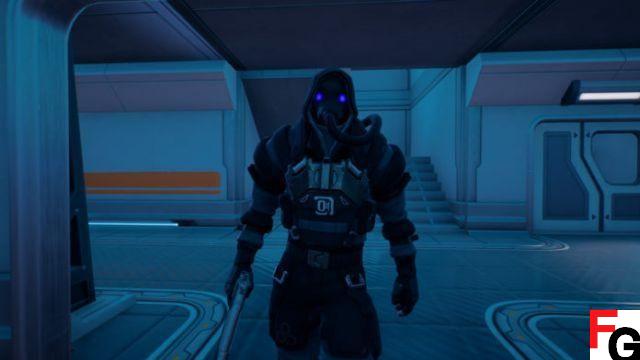 Trying to find IO guards in Fortnite season 8? One of the new Punchcard quests for Charlotte requires players to take down two IO guards, but a lot of people are having trouble figuring out where to go for this challenge. IO Guards aren't as plentiful as they were in Season 7. They're much harder to find this season, but they're not impossible to locate. Here's where to find IO guards in Fortnite Season 8.

IO guards can be found in small IO outposts. The big IO satellite stations from last season are still there, but they seem to be mostly abandoned. IO Outposts can be found near a few named locations.

There are five IO outposts on the island, and here's where you can find them.

Each of these IO Outposts houses a pair of IO Guards, which is just enough for Charlotte's quest. Keep in mind that other players are also looking for IO guards and an outpost might be emptied by the time you reach it. In order to guarantee your success in finding them, try to drop directly onto an outpost at the start of a match.

Some players have also reported being lucky to find IO guards in the new side areas. These areas are marked with an orange circle with a purple outline on the map, and you should be able to see the giant orange domes when you drop the Battle Bus. Inside you have the option of finding Sideways mobs or a few IO Guards. IO guards seem to be very rare in the side areas, so it may take a while before you find any.

The best method of finding IO guards is to simply visit IO outposts scattered around the map. There are several quests that involve IO guards on active punch cards, so simply return to an IO outpost if you ever need to.

Where to find Earthquake TM in Pokémon Brilliant Diamond and Shining Pearl Elliott Gatica | November 23, 2022 Here's where you can find the mighty TM26. ❯