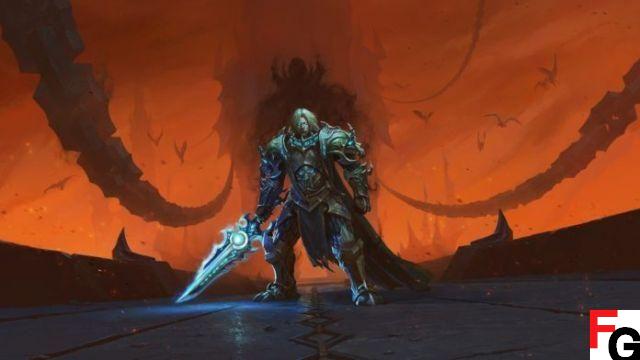 9.1 update arrives June 29 for World of Warcraft : Shadowlands and here is the full list of changes and fixes added with this patch. Update 9.1, Domination Chains Breaks the eight-month content drought that followed the launch of World of Warcraft: Shadowland last year, adding a new zone, raid, mega-dungeon and more. There are various class tweaks, Torghast and Maw have been revamped, and there's even a new Shards of Domination system for raiders to take advantage of (though not without some grumbling). Here's everything new in World of Warcraft: Shadowlands Update 9.1.

TO CLASSIFY CHANGES IN SHADOWLANDS 9.1 UPDATE

ITEMS AND REWARDS IN SHADOWLANDS 9.1 UPDATE

TORGHAST, TOWER OF THE DAMNED

Update 9.1, Chains of Domination, should provide a month or two of solid content for fans of World of Warcraft: Shadowlands fans to enjoy. The new raid looks like another success, the changes to Torghast should make it far less tedious to grind, and the class changes will . . . well, they won’t please everyone, but when have they ever? I’m excited to see the Maw become a more viable endgame zone, and I can’t wait to spend more time there (based on my time in the PTR). That, and it’s nice to have flying not tied to a Pathfinder achievement for once.