World of Warcraft: Visions of N'Zoth - How to Unlock Horde Vulpera and Alliance Mechagnomes 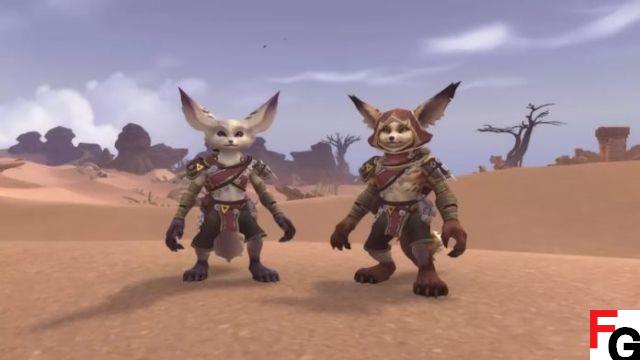 Two new Allied Races have arrived in Update 8.3.0 for World of Warcraft – Robotic Mechagnomes and Cunning Vulpera. Both of these smaller breeds can be unlocked by completing certain in-game quests, and below I'll cover exactly what you need to know to get them on your own.

As with all other Allied Races, you will get unique new mounts to unlock Vulpera or Mechagnomes. Reaching level 11 and level 20 will also unlock special sets of Heritage armor – they're like the other Allied Races, but unlocking them is a bit more difficult than going to your local Stormwind Embassy.

You won't find this race in WoW: Classic, the new (old) version of the long-running MMO on special fan-requested servers. Learn more about this nostalgic take on the game with our 10 things you need to know WoW: Classic guide.

How to Unlock Vulpera (Horde)

To unlock the Vulpera you will need to reach level 120 with any character, win Exalted reputation with the Faction Voldunai, and unlock the “secrets of the sands” success.

You will find the Voldunai faction in the Vol'dun Theater. Complete all of their faction quests to unlock the "Secrets of the Sands" achievement.

How to Unlock Mechagnome (Alliance)

To unlock Mechagnomes, you will need to reach level 120 with any character, win Exalted reputation with the Rust Lightning Resistance Faction, and unlock the “mechagon threat” success.

You'll find the Rustbolt Resistance faction in the Mechagon Island theater. Complete all of their faction quests to unlock the achievement “The Mechagon Menace”.

add a comment of World of Warcraft: Visions of N'Zoth - How to Unlock Horde Vulpera and Alliance Mechagnomes